The first Jews to arrive in Sunderland came in the mid-18th century. The Jewish cemetery was in use by about 1770. By the early 19th century there were two distinct communities, but by 1853 the Polish community had dwindled to near extinction. The 1870s saw another big influx of Jewry to Sunderland. The population peaked at about 1000 around the turn of the century. Today Sunderland has less that 50 Jews. Sunderland Jewry is alive and well but has emigrated west or south or abroad.

The York community was massacred in 1190. A century later, in 1290, all Jews were expelled from England under pain of death or conversion. Oliver Cromwell revoked this expulsion edict in 1656. Jews often arrived through Hull port. The Leeds Jewish community was late compared to most other communities to be established. The first cemetery opened in 1840. Most Leeds Jewry settled in Leylands. 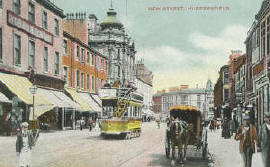 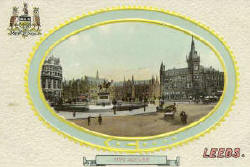 Yorkshire (East Riding) (ERY) & Humberside (HUM):
Records for Hull [actually Kingston Upon Hull] are on the Hull County Council Website.
The Jews in Hull, between 1766 and 1880*. By Israel Finestein (91 pages) This is pretty wide ranging on topics and has names of people from other places as well as Hull together with numerous references to other articles and books. (Submitted by Cherry Cane)
Graham Wilkinson was the leading authority on and researcher of "Forgotten Hull #1 and #2". Sadly Graham passed away in November 2007. Photo number 1231 in the catalogue of his "Forgotten Hull" photographs is a view of the east side of Porter St. showing nos. 3 to 13. Names listed include: Hymen RUBINSTEIN, dentist; Frank MYERS; John JONOFSKY, egg dealer; and George GOMOVSKY, egg dealer.

Yorkshire (North Riding) (NRY) & North Yorkshire (NYK):
The Kehilat Middlesbrough Website is back. It includes the cemetery records for the two Middlesbrough Cemeteries, as well as those for Hartlepool and Stockton. There is a direct link to the burials, below. In the case of Stockton, photos of all the stones are on line. There are also many historical photos.

Yorkshire (West Riding) (WRY), South Yorkshire (SYK) & West Yorkshire (WYK):
West Yorkshire Archives Services has branches in Bradford, Halifax, Huddersfield, Leeds and Wakefield.
Bradford Central Library: Local Studies telephone 01274 753661 or email.
Searchable database with information about the Leeds Community [Thanks to Brenda for this link]
Leeds City Council Website will take you (use libraries and the local studies links) to information about Leeds Libraries, photographs, absent voters lists and wealth of other information.
If you have relatives buried in a UHC cemetery in Leeds you can contact the Sexton's wife. This service may require a payment.
Anyone with Sheffield ancestors should check out this site which is an excellent website devoted to the Great Flood which engulfed Sheffield on the night of 11 Mar 1864. On a stormy night, the newly-built dam retaining the Dale Dyke Reservoir gave way, causing some 650 million gallons of water to cascade down the valley towards the town, destroying lives, property and livelihoods in its path.  The catastrophe caused some 250 deaths and destroyed or badly damaged 415 houses. The website has many photographs of the disaster, together with modern pictures taken at the corresponding locations. There is a list of all known victims and, perhaps most important of all, a searchable and browsable list of all claims for compensation which were submitted. There are also links to contemporary newspaper reports. Many individuals are named and for some, there are extensive entries with pictures. At a quick glance there are few obviously Jewish names, which may reflect the location of the main Jewish areas of residence relative to the path of the floodwaters, but notwithstanding, this site is a must-see as a record of an almost-forgotten historical event and major catastrophe.
Brian Jones is recommended for private research (paid) at Wakefield by Jane Lachs.
After the success of Cheshire BMD Yorkshire has now begun its own version. Some Jewish marriage records from Hull are already up. These records  have the advantage of telling you the names of both partners in a marriage. Use this site followed by free BMD to narrow down a quarter of a year, or order directly from the local registrar without the errors of the GRO Index. 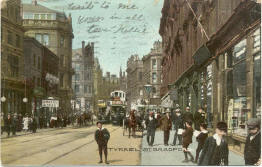 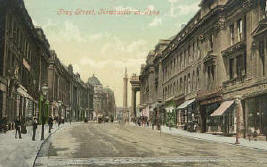