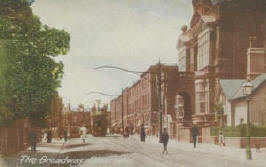 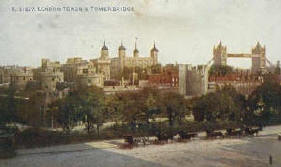 "Have just found the AIM25 Website for those interested in the archives held in the area of the UK bounded by the M25!" [Cheryl Cane]

The Charles Booth Online Archive is a searchable resource giving access to archive material from the Booth collections of the British Library of Political and Economic Science (the Library of the London School of Economics and Political Science) and the University of London Library. [Pauline]

The National Archive [formerly known as the Public Record Office] is at Kew.

The Victorian Web: Literature, history and culture in the age of Queen Victoria see especially this part of the site dealing with Jewry.

Dorset (DOR):
Bournemouth Crematorium hold lists of all those buried (not just those cremated) and can be contacted via email.

Kent (KEN):
A history of Chatham Memorial Synagogue and the Chatham Hebrew Congregation, 1834-1972, in Kent is on Medway Councils CityArk Website. [Jill Hyams]
There is a fair amount of material about Sheerness in both Cecil Roth, "The Rise of Provincial Jewry" and Geoffrey L. Green, "The Royal Navy & Anglo-Jewry 1740-1820". (Submitted by Michael Sayers)